Hello brand ambassadors!! Let’s talk about the gig economy. The term “gig economy,” or temporary work, has been around for years but is now more prevalent than ever! Since the financial crisis back in 2008-2009, more and more people have begun working “task-based labor“. However, the concept of earning income while working short-term tasks has been around for a long time. Many jobs are considered part of the gig economy. Ever heard of Uber or Lyft? Yes, carpool jobs like those two are considered to be a part of the gig economy. Doordash, Postmates, Grubhub… the list goes on and on. More than ever people want more flexibility and want to decide when they work. They can pick up work when needed and not be tied down to a 9-5.

Still don’t understand the hype? Did we mention the flexibility?! In our industry we call these flexible gig workers, Brand ambassadors or BA’s. BA’s can create their own schedule and choose what events they want to work. They can even find consistent work when traveling to other cities!! That’s pretty awesome if you ask us. Maybe one month you want to work, work, work. That’s great! You can surely stay busy. You can even work multiple gigs in a day if you really want to!

Have a hard time sitting still? Are you an aspiring rockstar? The next Nobel Prize winner? While you are writing that award winning novel or maybe you’re the next Elton John, you can also make a second income working events! But let’s say after a 4 week stint of non stop gigs, you want a vacay. Go for it! It’s as simple as not scheduling yourself to work. You don’t have to call your boss and ask for time off. You can roll out any time you need! That’s the beauty of working in the gig economy!!!!

Did we also mention you get to go to the coolest events, collect cool swag, meet the most outgoing people and work with some of the biggest brands in the world? Is that enough reason to sign up with CEA Staffing? That’s what we thought. Hope to work with you soon! 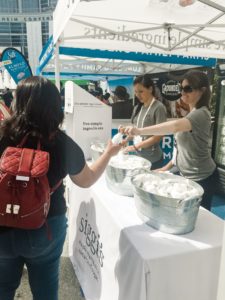 Sign Up Today to Work with CEA!!!
Chicago Based Brand Ambassador!

This entry has 50 replies

Commenting is Disabled on What’s this Gig Economy all about?

can you eat fruit on keto says:

is a women dating a guy gay? says:

writing a conclusion for an essay says:

writing an introduction to an essay https://online2casino.com/

what to write about in a college essay https://essaytodo.com/

write an essay for me https://dollaressays.com/

steps to writing a dissertation says: